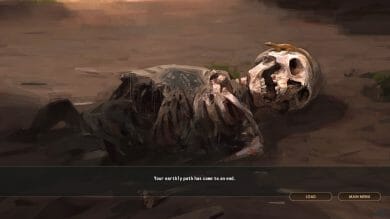 The richest man in the Dome – an Encased AAR

Before writing a full review of Encased RPG, I figured I’ll try another sort of playthrough. Rather than my usual gun-toting hero who only thinks of the common good, I am going to be a sneaky bastard who will steal everything that isn’t nailed down. And as it turns out, the mechanics are quite forgiving in that regard. I’ll still try to do the quest to the best of my ability, but won’t bother myself too much with morals, and will definitely pickpocket every poor bastard that comes my way.

This first part will deal with the tutorial, or Concord station. Check out Encased at GOG.com, but disregard the DLC, those are just for people who want to give a bit of extra support for the company.

How stealth and stealing works in Encased

Picking locks and hacking computers each have their own related skills. Lockpicking uses Criminal stat, and hacking uses Science. Each target has a point value assigned, and it’s directly compared to these skills. If you match or exceed the number, you can execute the action. If not, you can use lockpicks and hacking tools to try and make up the difference. If you still can’t, tough luck. So it’s a rather simple setup.

However, you need to take into account that some actions are forbidden. Or criminal. The associated symbol will then be coloured red. This means that it’s considered a criminal action, and will arise suspicion. The same happens if you decide to pickpocket someone. If someone becomes aware of what you have done (and apparently someone always doe), they will become suspicious. This is basically just a timer, during which you shouldn’t go close to the target anymore. You also can’t pickpocket someone more than once in a given period of time.

I am going to be playing the game on Journey, or easy mode. This gives some pretty powerful perks, such as always acting first. As I am not looking for too big of a challenge, it’s perfect for me.

Getting started with character creation

I am not going to go full min-max, concentrating more instead on picking a good name. Mr MuggyBurg will get stats aimed at excelling in melee combat, criminal and science. These are the three tagged skills. Melee weapons allow me to deal damage close-up. And as said, science will allow me to hack computers, whereas criminal will allow me to pick locks and pockets.

More importantly, the criminal stat directly influences detection time (formula being [4 + Criminal/20] in seconds). Worth noting that wearing the orange uniform at the start means that everyone knows you belong to the Orange section, which is basically criminals hired as second-class citizens. This decreases the detection time by a couple of seconds.

I don’t pay much attention to charisma, psyche or Brains. In all fairness, I could have left charisma and psyche even lower, but I didn’t want to build a total renegade in that sense.

How to steal everything in Concord

Stepping out of the lift we are led inside the building, with a mission to fill in forms and register up. This is easily done, and in the process, I manage to help some poor bastard, who had fallen through the bureaucratic cracks. Unfortunately, he disappears before I have time to steal his stuff. He does leave his luggage, which I promptly empty.

From here on it’s a pretty easy trek through the different bureaucrats. Pickup my gear, my weapon (a nailgun), listen to someone drone on about psychic powers, which are obviously total nonsense, scan some artefacts, do some combat raining, and pick a lock from one door thanks to some moron, who thinks its my first day on the job.

The thing is, if I start stealing at random, the field of view or their increased search areas will get me in trouble. With the time it takes time for them to detect me, I can just about get in and get out with full pockets (formerly theirs, now mine). Also, there are plenty of stuff that I can just pick up, without triggering a search. So I start by doing that, then move on to the outmost characters, and gradually close in the circle on myself.

Once I am done pretty much every character is looking at a broken door, wondering where their stuff went, or just angry for one reason or another. I did get caught a couple of times but talked myself out of trouble. As it turns out, if you just steal a little bit the people are quite forgiving.

Now, since it takes quite a bit of time for people to forget what I have done, it’s time to step outside the dome again. As it turns out, you can’t just find a comfy corner and sleep, since some of those angry people might find you. Luckily, if I take a nap on the walkway outside, this is not a problem. Not as long as I don’t rob the poor bastard there (I did, at first, but then had to reload). Another useful tip is not to nap too much, as that will lead to death (look like three days in Concord is an automatic end).

Once I do wake up from the nap, it’s time to backtrack. This time I steal everything, but making sure that I end up in the garage instead of the outer door. By the way, if you happen to find a Jupiter Moon car in the garage, do not take it for a joyride. Just saying (it will, again, end in your death). On another note, if some mentally questionable characters asks you to take a nap in of those cozy caskets, don’t do that either (again, instant death).

As it turns out, pretty much everyone in the garage has the key to the armoury door. On the other hand, just picking the lock nets you experience, which you don’t actually get at all from picking pockets. The armoury is by far the best spot to empty, with guns and money galore. The heads of departments are good targets too, especially the science section that is full of medkits. It’s not just money and items that I gained, but two levels as well. Those points go into…more criminal activities.

All in all, with a couple of thousand Combonds in my pocket and backpack full of gear, it’s time to head for Nashville.