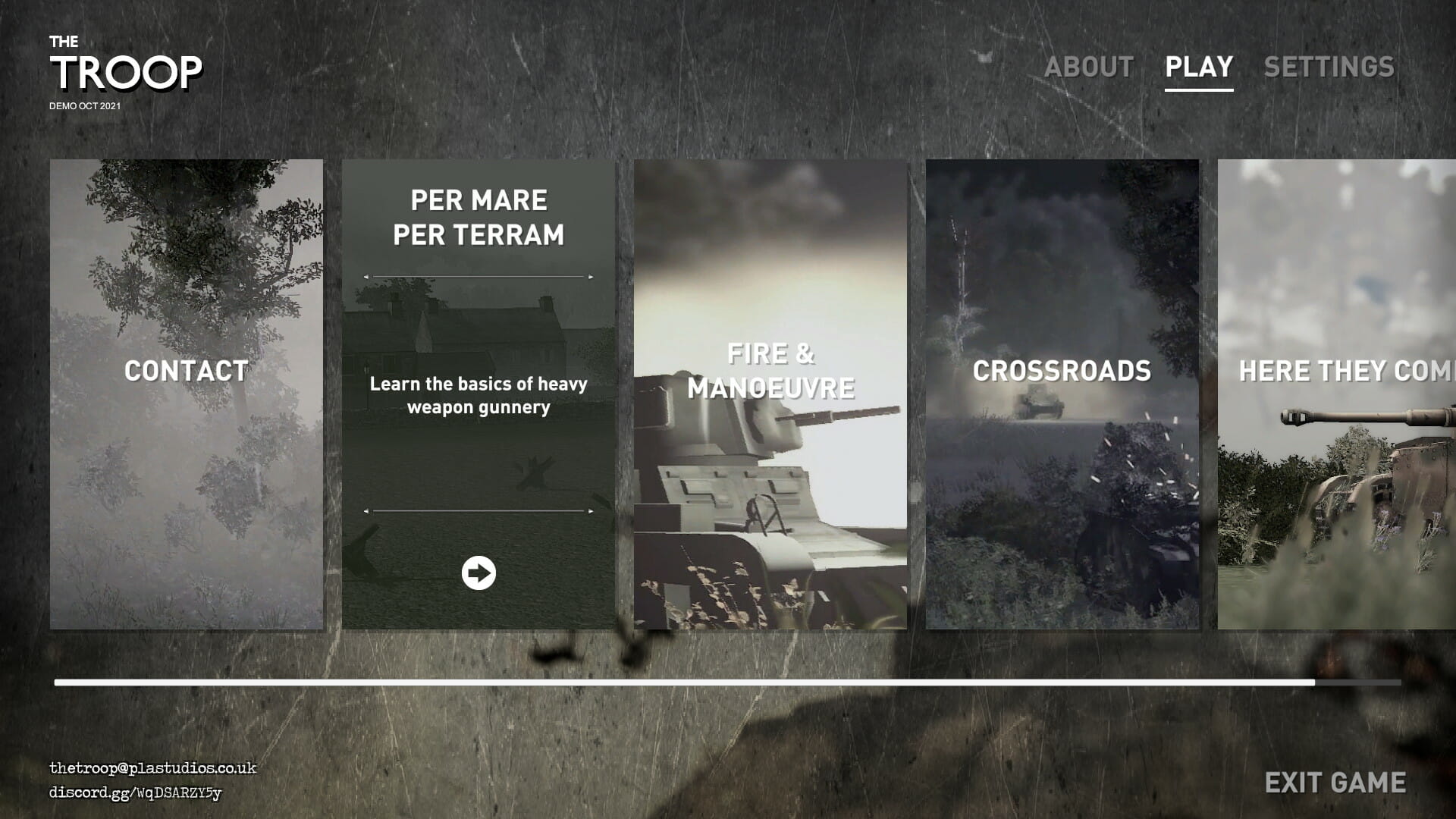 The Troop popped into my radar out of nowhere, which is not surprising given that there seems to be little to no information about the game available online. The timing couldn’t have been more perfect, as I’ve been getting an itch to switch from WW2 strategy gaming to something more tactical. And let me tell you, there’s isn’t much choice in the field of tactical WW2 PC gaming, even though the genre is extremely popular amongst board gamers. Apparently, the game has received a lot of influence from tabletop wargaming.

The Troop puts you in command of a platoon-sized element. The individual units are vehicles and infantry teams, with occasional heavy weapons thrown in. The map is based on hexes, but comes in full 3D details, as do all the graphics in the game. Units can take actions from moving to occupying buildings, firing, throwing grenades or taking a variety of other actions.

The combat itself is quite forgiving, giving an excellent emphasis on tactics. Rushing into the open will get you killed, as does presenting the flank armor to enemy anti-tank guns. Terrain plays an important role, especially as the game is set in the hedgerows of Normandy. Correct manoeuvring, keeping your infantry prone and hidden and supressing the enemy plays a critical role in winning the battle.

Try Out the Demo Scenarios

The Troop demo is available from Steam, and will offer the players a handful of scenarios to try out. Though the tactical game is obviously already playable, and quite well balanced, the full details of the game are still unavailable. We do know that there is campaign gameplay planned, but how all of that plays out is still shrouded in mystery.

This one is worth a try, even if it will leave you anxiously waiting for full release. We’ll give you a full review of the game as soon as possible, it is that exciting.