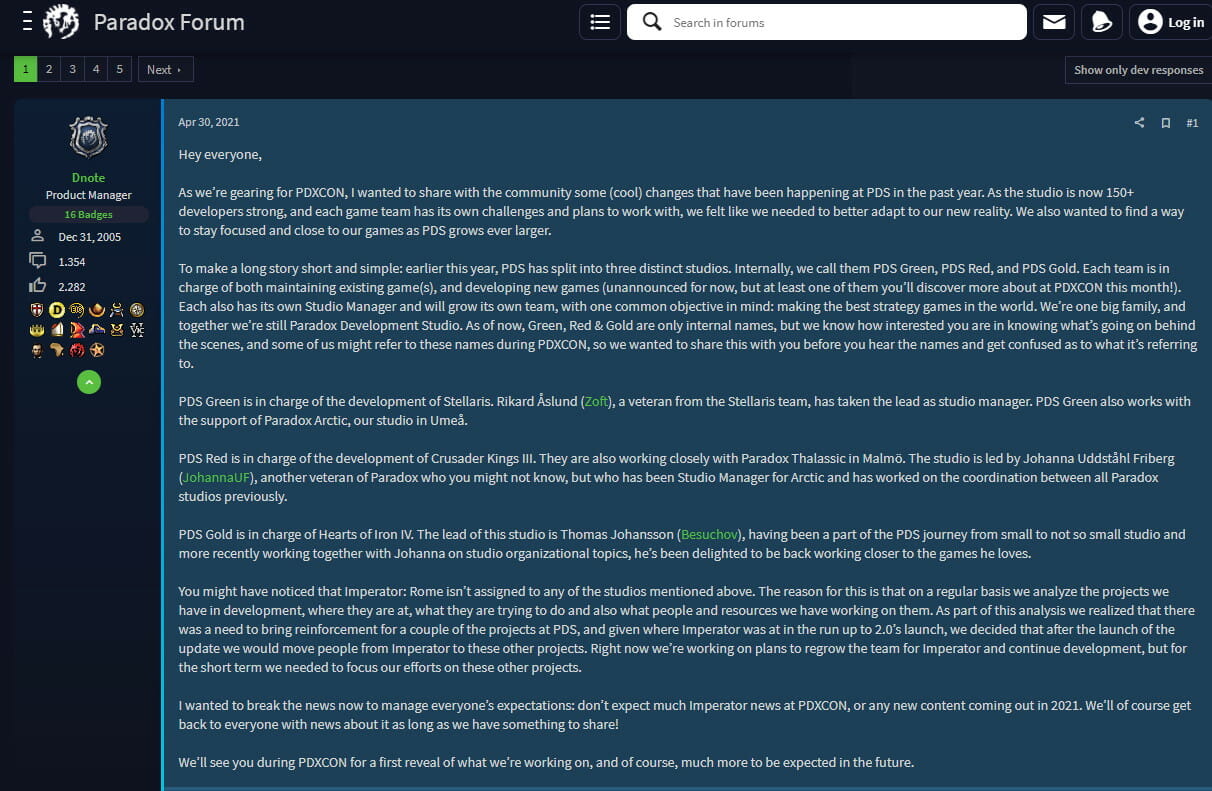 Imperator: Rome on pause or abandoned

Paradox Interactive recently released a new patch for Imperator: Rome, and then went pretty quiet with the game. Things looked good, with progress made to bring the title on par with other strategy games from the company, so what exactly changed? Was the game cancelled completely, shelved for now or simply forgotten? One thing that is for sure, is that nothing new will come out in 2021 for Imperator: Rome. Well, perhaps something from modders, but don’t expect any patches or updates.

The reorganisation behind it all

The main reason that the game is abandoned for now, is a recent reorganisation of the company. Divided into three distinctive teams, or studios, each will concentrate on some of the main products such as EU4, Hearts of Iron and Stellaris, and of course the recently announced Victoria 3. Though the company has around 150 active developers, it seems that these main titles are taking up all the work. That’s the reason the company gives as to why Imperator is not under active development at the moment.

What does this all mean to the future of Imperator: Rome

It’s hard to say. It wouldn’t be the first time that Paradox Interactive cancels a title, or simply goes in complete radio silence for a decade or more. But that’s also good news in some ways, as it took more than a decade for the company to come out with Victoria 3, a game longed for by countless fans of Victoria 2. The communication has been somewhat non-existent, with subtle notes of perhaps returning to the title once other projects are completed, to just not commenting anything regarding the future of the game.

Our bet would be that development continues, as there is little to no competing titles, and as clearly there was finally some direction with the latest Imperator: Rome update. And it’s not like the game sucks at its current state. So if you see the title going on sale in GOG, Steam or some other online shop, it’s still worth checking out.