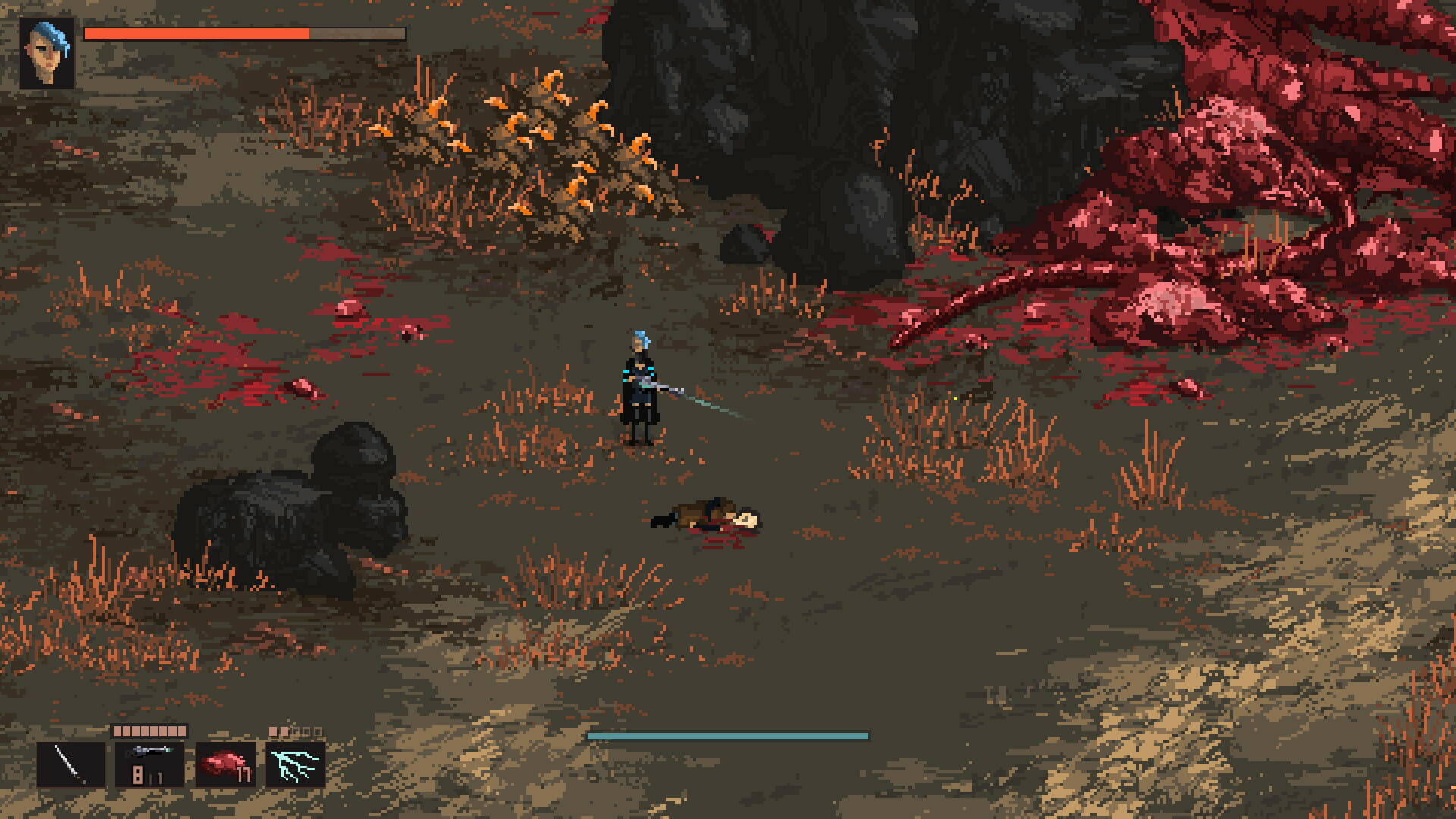 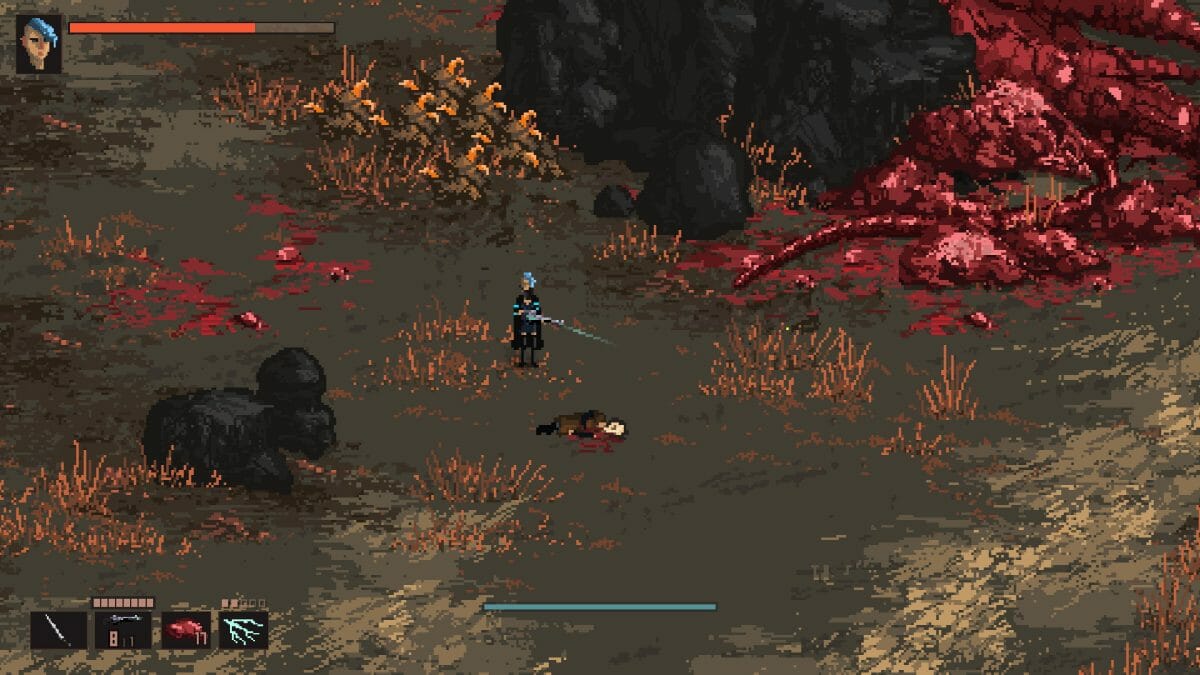 Death Trash is not a game that is easy to define. Postapocalyptic horrors, retro pixel graphics, black humour, platformer-style action, roleplaying with deep and engaging lore, and a character setup that is shaping up to be simple yet full of options await all who seek out the wastelands and forgotten cities. The game has now entered the Early Access phase, a semi-release that is celebrated with a simultaneous release of a demo.

What’s the story of Death Trash?

If you want to know why slugs of meat wander around, what disease your character carries and what your purpose is, you can try downloading the Death Trash Demo from Steam. Rather than going through the aforementioned details, let’s take a look at what this game, in development since 2015, delivers on the way of gaming. Because that’s what makes this game interesting compared to most other modern RPG titles.

Movement and general navigation is done with the combo of keyboard and mouse. The setting is 2D, so there’s not much in the way of jumping going around, though rolling is big part of the combat system. Close combat, swords, clubs and such are combined with long-range weapons. The latter will keep you out of reach of most enemies, whereas the former are more powerful and don’t require scarce ammunition to use. Basically, you will be using the mouse to interact and attack, and move around with WASD-system.

The main story seems to be rather linear, but you are not required to walk through it in any specific order. Semi-open world means that you can roam between locations as you like, going for side quests and other missions in the order you prefer.

One thing that stand out are the graphics. They are retro- and pixel-based, but still manage to look good. Obviously, this also means that the game will run on pretty much any device. The view is somewhat limited, but it’s perfectly fitting for a game of this type.

Finally, character creation and management is rather simple. There’s a handful of core stats combined with a few more skills on top of that. There’s no need to balance between a hundred different stats, instead, you get to decide if you go for melee or long-range, social or stealth, empathy or occult. Different combinations allow for several different builds.

All in all, balancing needs to be done a bit more, and the same applies to world-building. But so far it’s building up to be a decent RPG title which differs greatly in a market saturated by 3D FPS-RPGs. Besides the basics, there’s item management and upgrades, crafting and deconstructing, and of course, consuming copious amounts of meat that wanders the land.

Try the demo first. If you fancy the game enough, then you have to decide whether you want to try the early version, and risk ruining the story for yourself, or wait for full release when everything is polished to the utmost degree. Getting it on early access and waiting might come with a bit of a discount too, compared to what the price will eventually be.